The 3rd episode of season 2 of the çukur series (the pit), which corresponds to episode 36, was broadcast this Monday, October 01 on the Show tv channel.

Full summary of episode 36 of çukur 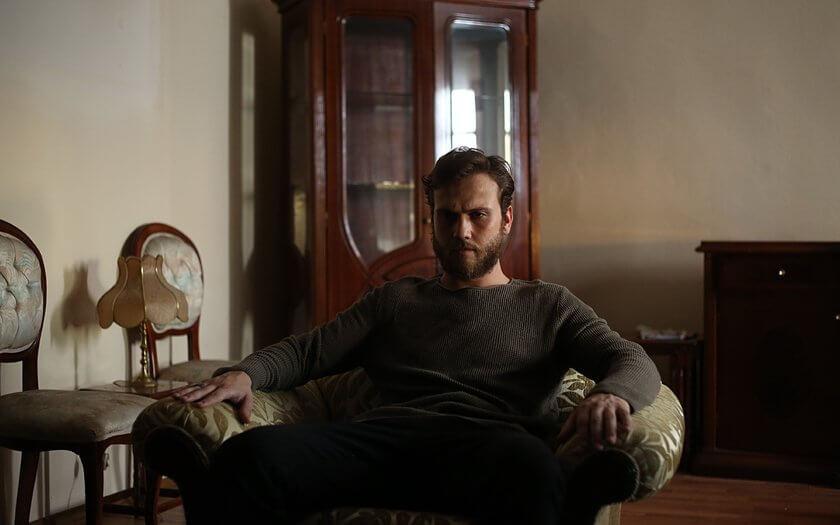 In the previous episode, episode 35, the two Koçovali brothers, yamaş and Gumali, were pursued by young people from çukur (the pit). their heads had been put on a price by the group of “black lambs“.

Pursued on all sides, their lives were in greater danger than ever before

Gumali was determined to carry out his revenge against the group of “black lambs” while yamaş was still lost in his feeling of failure towards his family and the inhabitants of çukur (the pit).

At the end of episode 36, the young Elif, barely 18 years old, gave his life to save yamaş.

Yamaç, while being chased by young people from çukur (the pit), meets Elif, a young boy he liked. Elif tells him that since the arrival of the new group, he has moved away from çukur (the pit) and is continuing his studies. Yamaç, happy to hear that, refuses Elif‘s help to hide. But the events accelerated and they both found themselves being pursued. This is where Elif, coming out of the hiding place where Yamaç had placed him, stands in front of the attackers, who will shoot on sight, without realizing that it was Elif. One of the attackers was Elif‘s brother.

As a result, yamaç is tattooed in red with the symbol of çukur (the pit) on his chest. (explanation of the meaning of çukur tattoo in this article).

Following Elif‘s death, Yamaş took the decision to take control of the çukur (the pit), save the inhabitants of the district and kick out the “black lambs”.

But Gumali and Yamaç are still being pursued by the inhabitants of çukur. Meke sees Gumali and pursues him with his gang on the rooftops of the neighborhood. When Meke sees Yamaç he pours out his resentment and blames him for being responsible for all this. 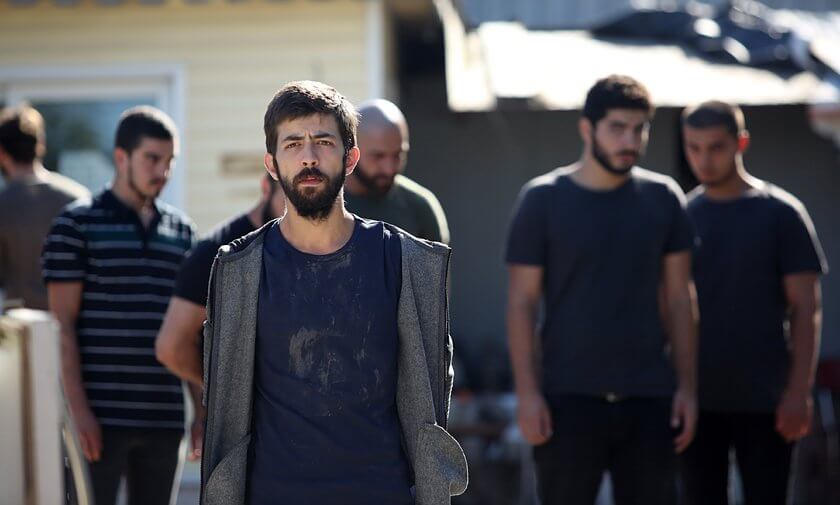 Idriss koçovali and sultan did not die after the massacre at the end of season 1. They live in a small house. Sultana is prostrate and does not move. Idriss takes care of her, feeds her and takes care of her toilet. Sena, who lives with Emmi, will finally visit them. 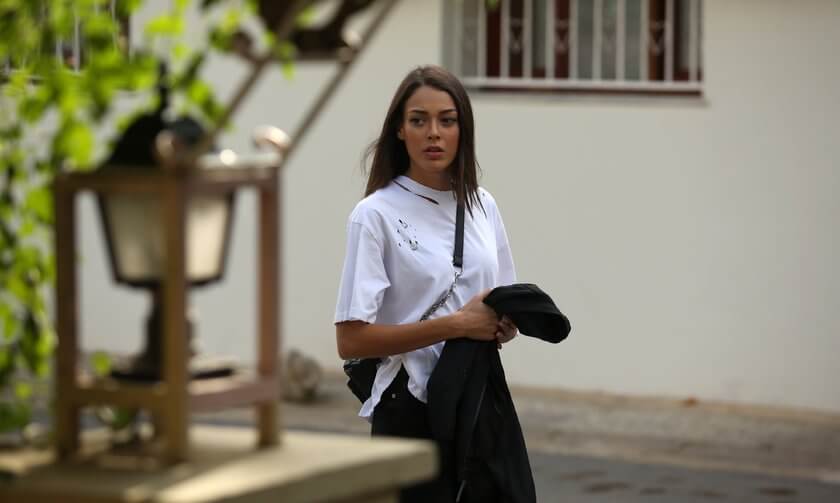 Idriss, knows that his son Selim did not die as a result of his suicide attempts. When Idriss sees him in front of his house, spying on him and sultan through the window, he doesn’t seem surprised. He closes the curtains and goes back to his business. It is not yet known what role Selim will play in the future, but apparently others do not know that he is still alive.

For yamaş, which aims to recover çukur (the pit), the only way is to regain the trust of the inhabitants of çukur. He’s preparing a plan against the “black lambs”

In episode 37 of çukur (the pit) aliço finally leaves the psychiatric hospital and joins yamaç and Gumali.

With Aliço‘s help, Gumali is recovering weapons and personal mines from one of paşa‘s reserves that died during the massacre.

As they recovered the weapons, Gumali was spotted and fled while making sure that Aliço, who was carrying the weapons, was not worried. During his run Gumali crosses the road of Yildiz, a prostitute who had become friends with Sena during season 1 of çukur. This meeting had an unexpected impact on Gumali, who apparently knew her. We suspect a past relationship between them (we can even imagine that one of Yildiz‘s children would be Gumali‘s…)

Thanks to the mines and weapons they have recovered, they set a trap against the group.

Yamaç sets an appointment with one of the two leaders of the group, he offers his life in exchange for that of the inhabitants who were prisoners.

The black lambs agree to proceed to the exchange.

While one of the two “black lamb” chiefs goes to meet Yamas with his men to end his life, he finds himself walking on the anti-personnel mines set up by Aliço. 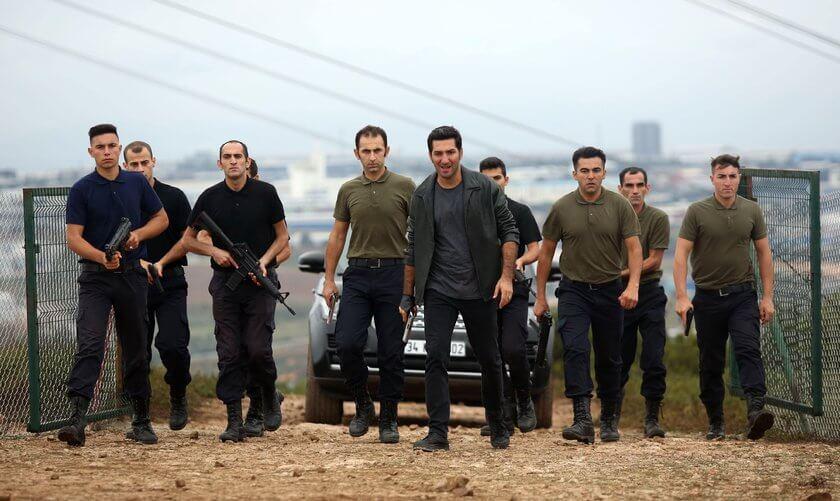 As a result, yamaç obtained the release of Kemal, mettin and the other detained men.

Sena, who is at Emmi‘s house, also advises yamaş to find Salih. She explained that contrary to what he thought, salih and sedat had not been untouched. She also told him that sedat had probably been killed by the black lambs, and that he should find salih again because he had accounts to settle with the group. 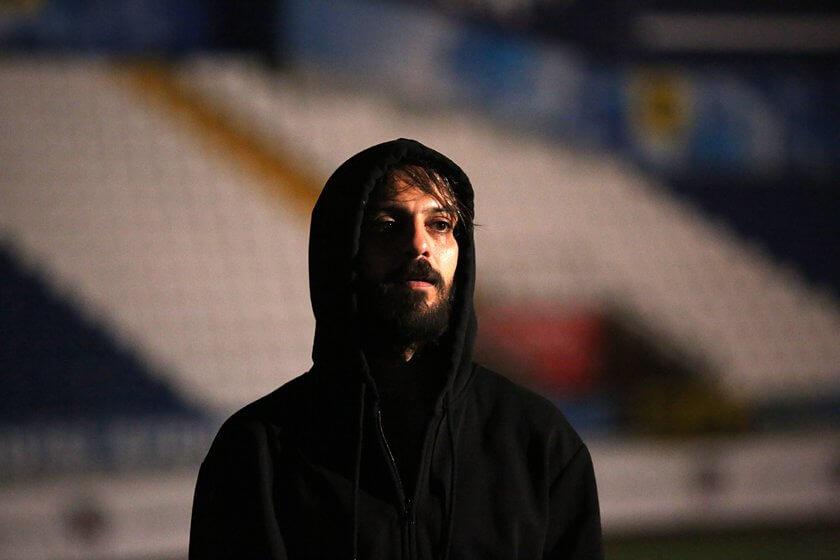 When Mettin and kemal are released, Mettin explains at Yamaş that he heard a conversation between the two leaders of the “black lambs” where they were talking about selling drugs to strangers. They need Vartolu to make this drug.

Vartolu, had found refuge in a shelter, next to another homeless man who gave the impression of having lost his mind. At the end of episode 37, he told Vartolu that he met a man who had 5 sons, three of them are dead. Salih understands that he is talking about Idriss, his father and therefore realizes that his father did not die. He then realizes that the presence of this homeless person at his side is not a coincidence. The man confirms this and tells him his story. 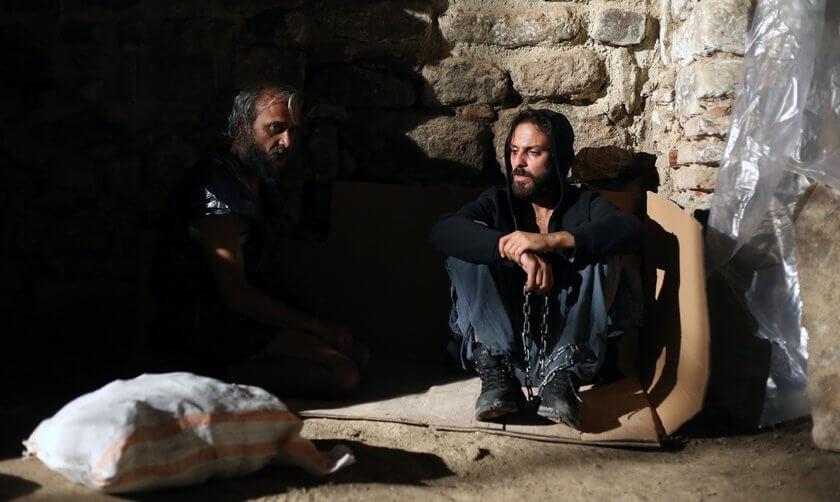 During the shooting ordered by Vartolu, which led to Kahraman‘s death, this man was in the hotel where the shooting took place. He was with his wife and their son. They had been victims of stray bullets during the shooting. Vartolu was therefore responsible for the disappearance of the family of this man who had lost his mind since the incident.

To get the group of black lambs out of çukur (the pit), Yamaç needs Vartolu, so he asks Aliço to go looking for him.

Episode 36 (episode 3 part 2) ends with yamaş finding Vartolu, and asking him to join him to recover çukur (the pit).

We recover çukur or we die trying! 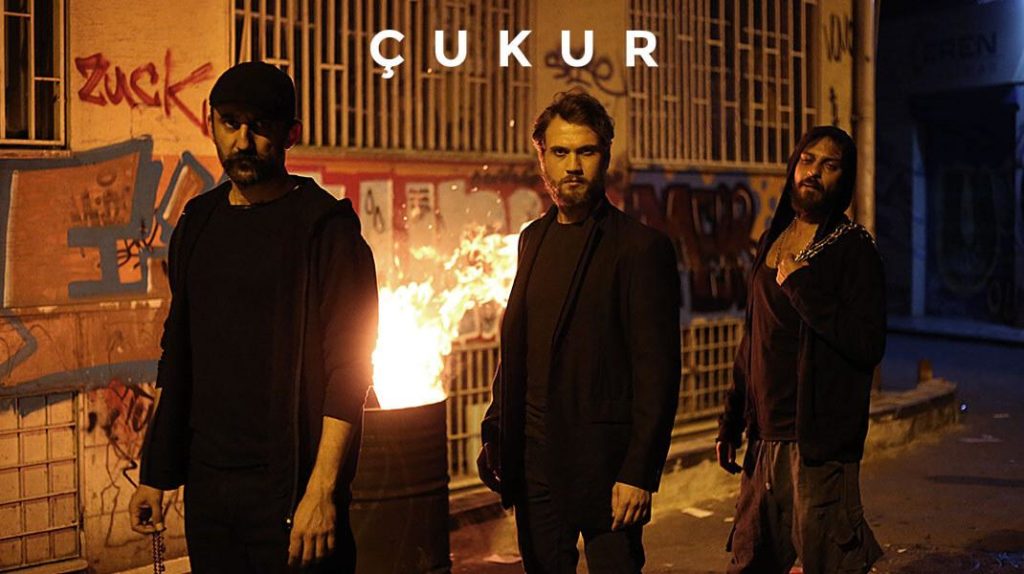 Ebru Şahin, Cemre Baysel, Özge Yağız, Which actresses are the most popular this week

Halil İbrahim Ceyhan, Burak çelik, Engin Akyürek, Who are the most popular actors this week?